Welsh Teachers and Ministers in Jamaica

Many Welsh Ministers and Teachers have gone to Jamaica to work.

Miriam's story is an example of this. 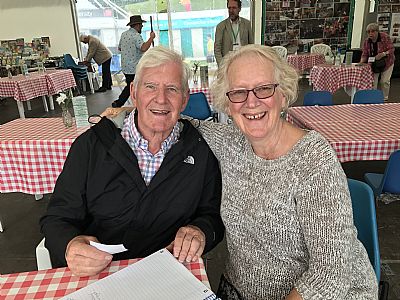 Iori Roberts also set out from Wales to teach in Jamaica - he tells his story here:

I am writing in English although Welsh is my mother tounge!!

My first contact with Jamaica was coming over to the island on the banana boat Matina in the summer of 1964. I was met at the dock in Kingston and rushed to my future working place, Morant Bay High School. The 'rush' was because they were expecting a hurricane the next day and I had to help to prepare for the storm.

My headmaster was Haydn Middleton. He started his career as a miner near Caerffili and then as a senior student went to Aberystwyth to study geography. After some years in Clarendon he got the headship of the newly started  Morant Bay High School,partly funded by the Methodist Church. Haydn was a Welsh speaker and it was a great way to forget my 'hiraeth' to talk to him in Welsh. He was a great success in Morant Bay and was later made headmaster of Jamaica College. I will never forget the morning when he came to tell me that he had just heard on the BBC about the tragedy in Aberfan. He was also a lay preacher and I remember going with him one Sunday morning when he was preaching in Llanddewi in St. Thomas. Needless to say one of the hymns that we sung was Cwm Rhondda!

Rugby was becoming popular in Jamaica and Kingston had many teams. Most of the Welsh lads played for the Privateers. I was lucky as a scrum half to have Terry O'Flynn from Aberafon as an outside half and since we combined well together we made the national team.

I remember travelling to play rugby in Mandeville. It was a very special 'Welsh Town' at that time. I stayed in the home of the Principal of the Teachers Training College, R. Gerallt Jones, later to become the Head of Llanymddyfri College in Wales. The High School there had Gerry Jarman as head, a past student president in Bangor University. The Bishop of Mandeville at the time was the former Dean of Bangor Cathedral, Bishop Vaughan.

The Commonwealth Games were in Kingston in 1966 and it was exciting to meet the Welsh Athletes and to show them around the island.

Later on I went to live in the Cayman Islands and it was so convenient to change houses with old friends from Jamaica at holiday times.

It has been many years since I was last in Jamaica but one day soon I hope to leave the shores of Norway to enjoy the tropical sun once more!!

I was very fortunate last August in the Cardiff Eisteddfod to be the President of Wales International where I was able to meet friends from 'long ago'. Perhaps I can meet even more in the Llanrwst Eisteddfod in August!